Apple released a tool which can lift iMessage binding

11 Apple recently released a new tool to help users more easily between iOS and other smartphones switch. This new tool helps the user to cancel the registration phone number from iMessage system, so as to solve the problem of lost messages. 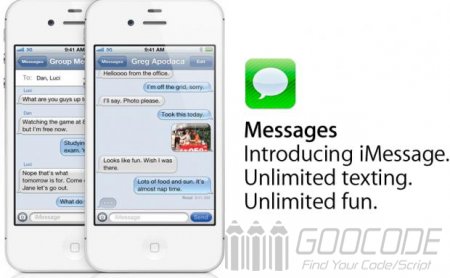 Previously, many iPhone users report that after a change to any non-iOS phones, are often faced with a very embarrassing situation that can not receive text messages. This problem is due to Apple will help iPhone users to send messages via iMessage channel, even after the user to other devices as well. Because iMessage is Apple's proprietary service, so do not use iOS, but then forget to turn off iMessage, users can not use the Apple device will receive messages sent by friends.

In fact, the reason for this is very simple, it is the user forgets to turn off the device before replacing the iMessage, because after turn iMessage user's mobile phone number and iMessage is bound to give you other iOS device users to send text messages when using iMessage default channel, and when you replace the device when the user does not close iMessage, other iOS device users to still use iMessage when the channel number to send text messages, then the result can be imagined.

And now Apple has released a new tool, this tool we can be the user's phone number and iMessage unbundling, so there is no embarrassment not received the information. Users need to do is enter the phone number, which will number with iMessage unbundling. Apple will send SMS confirmation code to the user. Users will need to enter the confirmation code to the browser window, and then to complete the unbundling. If the user does not frequent switching equipment, the new tools may not have much effect. However, for users often replace the SIM card in different devices, this will help them operate more easily.